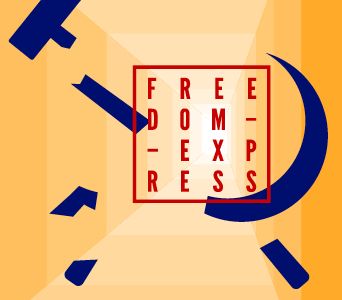 Freedom Express is a socio-educational campaign launched on the 25th anniversary of 1989 - the “year of changes”.

The aims of the Freedom Express campaign were to:

■ provide a space for international cooperation between young and creative people