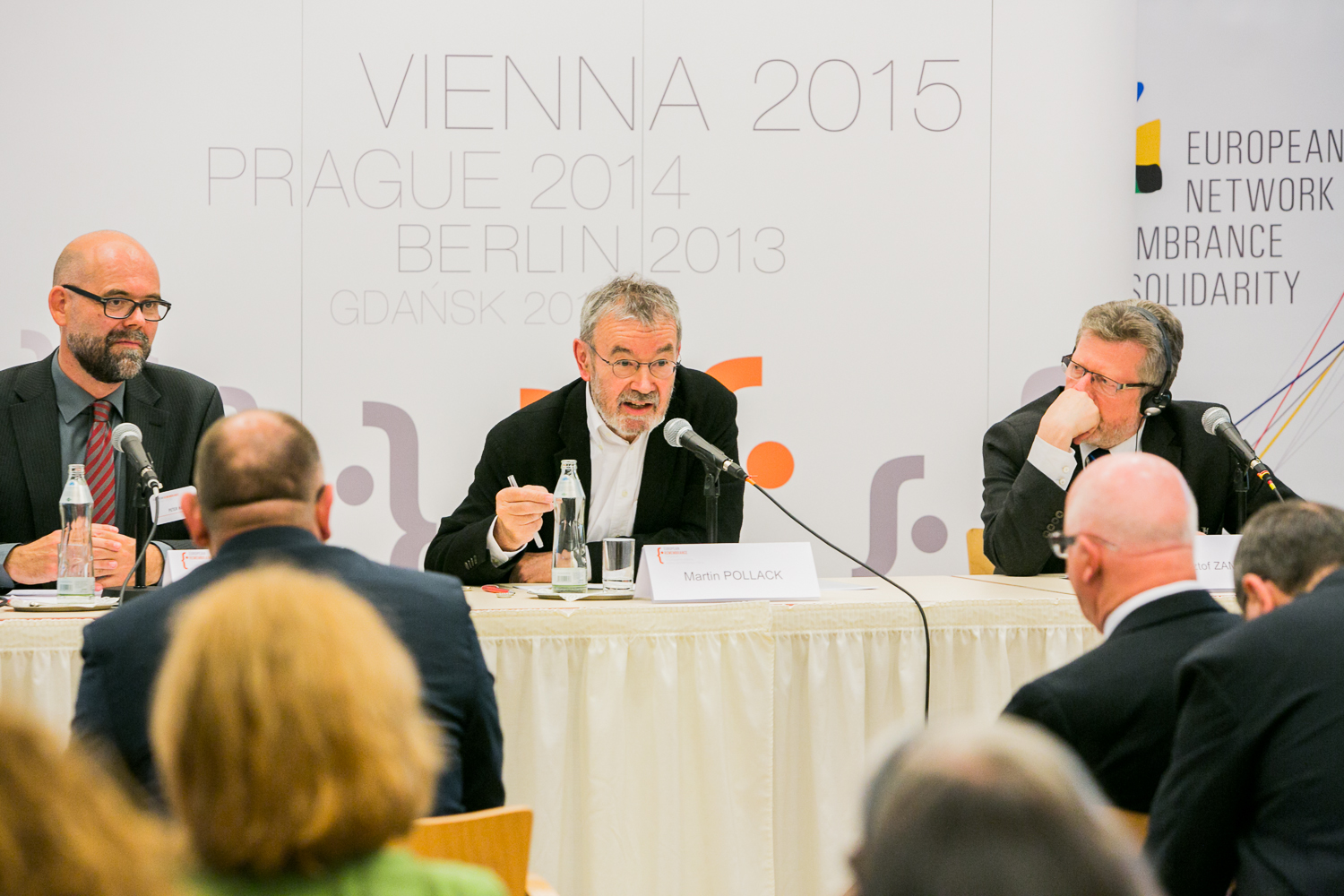 'No more war, no more Holocaust, no more racial hatred'. The 4th edition of European Remembrance Symposium organized by the European Network Remembrance and Solidarity has just been opened with this plea.

Attended by over 200 representatives from 120 institutions dealing with the history of the 20th century, it is dedicated to the memory of the Second World War and all those who took part in it.

The Symposium was opened with the speeches by Professor Jan Rydel from the European Network Remembrance and Solidarity, who stressed that today’s order of the world – the one established 70 years ago – is soon to be finished. Professor Rydel added that in some places of the world this vibration is not so noticeable, but in Lvov or in Czerniowice  the shots of guns are already heard.

Professor Stefan Karner from Ludwig Boltzmann-Institute for Research into Consequences of War said that while remembering the Second World War it is important to commemorate all those, who opposed the totalitarian regimes in various possible ways. Thinking about them and the courage they had,  it is crucial to ask ourselves a question – what would I have done? - added Professor Karner.

During a discussion on remembering the Second World War 70 years after its end, Martin Pollack, Austrian writer, journalist and translator of Polish literature together with Professor Krzysztof Zamorski (Institute of History of the Jagiellonian University) emphasized the fact that our memory is fallible.

Professor Zamorski stated that in many cases of various misunderstandings, it is not about denying the past but just about simple forgetfulness. The historical space of World War II is becoming more a space imagined – he said giving an example of the term  “Polish death camps” used in relation to Nazi German death camps as a result of purely geographic connotations and not a mistake made on purpose.

– We must remember that our memories can be deceptive - emphasized Martin Pollack. - Even if there is no ill will behind it  nor conscious effort to falsify or conceal anything, we distort and erase the memory of some events, while others become ‘invented’ and have  their sequence changed.

The second day of the Symposium will be opened by the Federal President of the Republic of Austria Dr Heinz Fischer, and during a panel on interpretations and images of the Second World War, the speaker will be Anda Rottenberg -  art critic and historian, curator of many exhibitions, including ‘Poland - Germany. 1000 years of history in Art’ at Berlin's Martin-Gropius-Bau in 2011.

For the next two days historians and representatives of institutions and organisations from 27 countries will take part in lectures, discussions and workshops on the perception connected with the memory of the Second World War.

Detailed programme of the symposium is available at:

A series of European Remembrance symposiums was launched in September 2012 in Gdańsk. Subsequent editions took place in Berlin and Prague.

The organiser of the Symposium:

Ludwig Boltzmann-Institute for Research into Consequences of War

Foundation for the Memorial to the Murdered Jews of Europe

Federal Foundation for the Study of Communist Dictatorship in East Germany

Among partners there are:

Academy of Sciences in Budapest