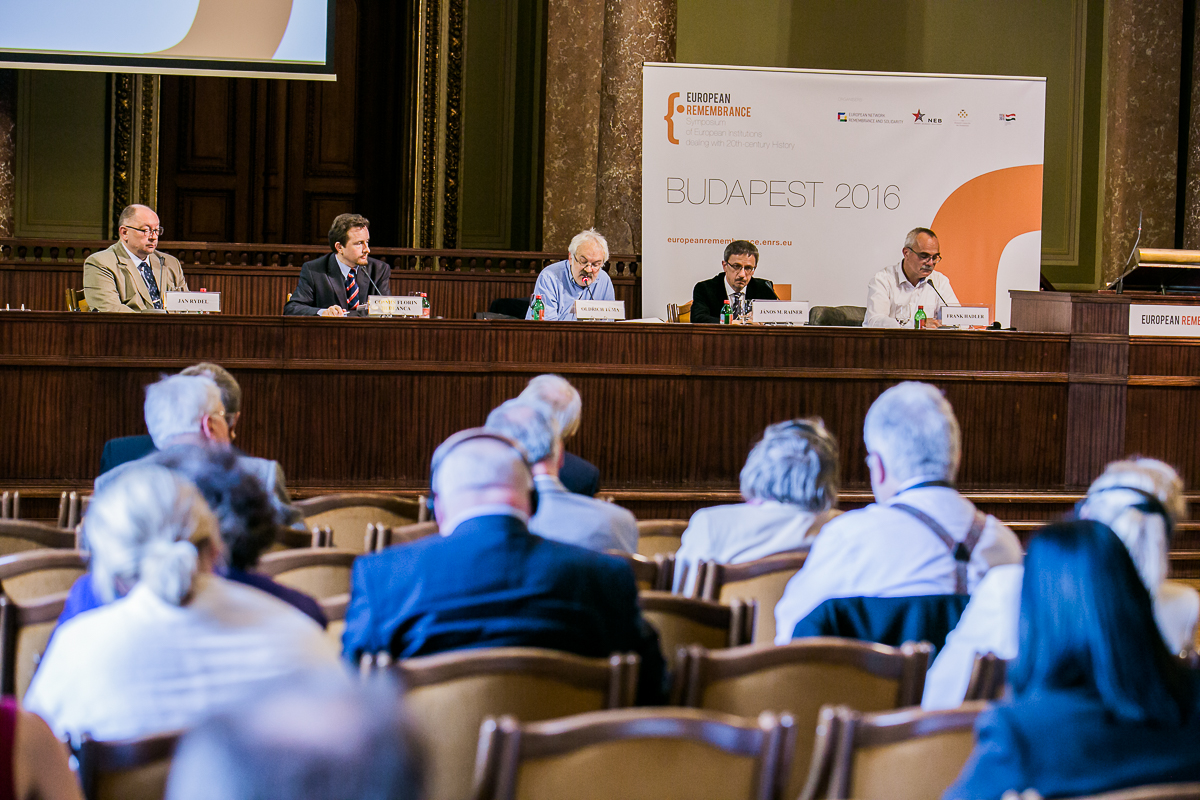 The 5th edition of the annual European Remembrance Symposium organised by the European Network Remembrance and Solidarity has just finished in Budapest in the Hungarian Academy of Sciences. For three days between 24th and 26th of May, representatives of institutions and organisations dealing with 20th-century history discussed contexts, impact and remembrance of the Hungarian Uprising in 1956 in Hungarian, Polish and European context.

Participants were confronted with the questions of what Stalinism and de-Stalinisation in Eastern Europe was like and why these periods differed so much from country to country. Much attention was given to the description of societies in Eastern Europe under communist rule and the techniques that communist regimes used for handling crises in their countries. Sixty years after the outbreak of the Hungarian uprising  both the circumstances and conditions were considered, as well as far-reaching consequences.

Speakers agreed that events in Hungary contributed significantly to the history of the whole Eastern bloc and became a reference point for other movements in countries under Soviet domination. It was stressed many times that all those who fought for freedom in 1956, fought for freedom in the whole region; not only in their own country. Hungarian uprising was a turning point, because it awakened the hopes of regaining independence.

While referring to the events in Poland, both Prof. Andrzej Nowak and Prof. Jan Rydel, the Chairman of the ENRS Steering Committee drew attention to the fact that the memory of the Warsaw Uprising in 1944 and the enormity of the tragedy that resulted  from it, stopped Poland from selecting the ‘Hungarian’ version of the protest.

Referring to the events in Poland, in 1956, Prof. Jan Rydel noted that just like the Hungarian Uprising of 1956, the events of the same year commonly known as the ‘Poznań June’ and ‘Polish October’, had much impact on the Poles’ awareness and played a massive role in shaping modern political thought in Poland although the consequences of the events in Poznań and Budapest – particularly when seen in short-term perspective – fall into two separate categories.

While summarising the Symposium, Professor Pál Fodor, director of the Research Centre for the Humanities at the Hungarian Academy of Sciences, pointed out that the real significance of the revolution is its moral substance, because the revolution was about defending human dignity. Hungarians have always valued independence, which is why they are so sensitive to the situations in which someone tries to restrict it - added Professor Fodor.

The Symposium was accompanied by a unique exhibition of posters prepared on this occasion by artists from all ENRS member countries. Ralph Burkhardt from Germany, Frantiśek Guldan from Slovakia, Iosif Király from Romania, Istvan Orosz from Hungary and Leszek Żebrowski from Poland, authors from different countries, as well as different generations, experiences and backgrounds created works referring to events in 1956. The posters convey their emotions and recollections, but also represent the memory of 1956 events from a broader national perspective.  The posters are available here: enrs.eu/en/news/1409-1956-2016-poster-exhibition

The idea behind the Symposium is based on the conviction that there is a need to have common and multidimensional reflection on the history of the last century which would take into consideration various narrations, sensitivities, historical experiences and their interpretations. This annual Symposium organised by the European Network Remembrance and Solidarity together with its partners aims to facilitate and create new areas of cooperation between institutions and organisations concerned with the study of 20th-century European history and history education.
To learn more on the Symposium, visit the website: europeanremembrance.enrs.eu