Edition
Genealogies of Memory 2020: The Holocaust between Global and Local Perspectives

Holocaust Memory and Research in the 21st Century: Between the Global and the Local

The online debate will take place on YouTube on 26 November (Wednesday) at 15:00–17:00 CET.
* Please note that all times are indicated according to Warsaw time, i.e. Central European Time (UTC+1:00).

Dorota Głowacka is director of the Contemporary Studies Programme and Professor of the Humanities. She has received her PhD in Comparative Literature from the State University of New York at Buffalo. She has taught critical theory, Holocaust and genocide studies as well as theories of gender and race at the Contemporary Studies Programme since 1995. She also lectures in the Foundation Year Programme and at Dalhousie University, where she has been cross-appointed to the graduate faculties of English, Gender and Women’s Studies, European Studies and Interdisciplinary Studies.

Daniel Levy is Professor of Sociology at Stony Brook University. He is a political/historical sociologist with a focus on memory studies and the significance of globalization for our conceptual tool kits. His long standing engagement with memory studies dates back to the mid 1990s. In 2001 he published The Holocaust and Memory in the Global Age (with Natan Sznaider, at Suhrkamp and in a revised English edition in 2006). In 2010 he published Memory and Human Rights (co-authored with Natan Sznaider, Penn State University Press). He is co-editor of The Collective Memory Reader (with Jeffrey Olick and Vered Vinitzky-Seroussi) which was published by Oxford University Press in 2011. He is currently working on a monograph about Solidarity in the Global Age.

Jackie Feldman is an associate professor of anthropology at Ben-Gurion University of the Negev and head of the Rabb Center for Holocaust Studies. His research interests are pilgrimage and tourism, anthropology of religion, Holocaust memory, ethnographic writing and anthropology of museums. He has published two books: Above the Death-pits, beneath the Flag: Youth Voyages to Holocaust Poland and the Performance of Israeli National Identity (Berghahn, 2008), and A Jewish Guide in the Holy Land: How Christian Pilgrims Made Me Israeli (University of Indiana, 2016). His current research project is "Memorial, museum, smartphone: Transmitting Holocaust memory in a digital generation".

Éva Kovács holds a PhD and the title of a professor. She is a sociologist and since October 2012 Research Programme Director at the VWI. Kovács studied Sociology and Economics at the Karl Marx University of Economics in Budapest, obtaining her PhD in 1994 and the habilitation qualification in 2009. She is also Research Chair at the Institute of Sociology at the Hungarian Academy of Sciences. Her research fields are the history of the Holocaust in Eastern Europe, research on memory and remembrance and Jewish identity in Hungary and Slovakia. She has authored five monographs, edited nine volumes, published numerous articles in peer-reviewed journals, as well as co-curated exhibitions in Berlin, Vienna, Krems and Budapest. She is the founder of the audio-visual archive Voices of the Twentieth Century in Budapest.

Ewa Domańska is Professor of Human Sciences at the Department of History, Adam Mickiewicz University in Poznań, Poland, and a recurrent visiting professor at the Department of Anthropology/Archaeology Centre, Stanford University (spring term). She is President of the International Commission for the History and Theory of Historiography (CISH) and a corresponding member of the Polish Academy of Science. Prof. Domańska’s teaching and research interests include comparative theory of the humanities and social sciences, history and theory of historiography, ecological humanities, ecocide and genocide studies. Recently, she has published: Nekros. Wprowadzenie do ontologii martwego ciała [Necros: An Ontology of Human Remains] (2017, in Polish).

Małgorzata Pakier is head of the Academic Section of the European Network Remembrance and Solidarity and a member of the Social Memory Laboratory at the Institute of Sociology, University of Warsaw. She received her PhD title from the European University Institute, History and Civilisation Faculty in Florence. Between 2011 and 2017, Dr Pakier was head of the Research and Publications Department at the POLIN Museum of the History of Polish Jews. In 2010, she was a Research Fellow at the Centre for Advanced Holocaust Studies at the US Holocaust Memorial Museum, Washington, DC. She is the author of The Construction of European Holocaust Memory: German and Polish Cinema after 1989 (Frankfurt/M., 2013) as well as a co-editor of A European Memory? Contested Histories and Politics of Remembrance (with Bo Stråth; Oxford-New York, 2010, 2012) and Memory and Change in Europe. Eastern Perspectives (with Joanna Wawrzyniak, Oxford–New York 2015). Her academic interests include: Europeanisation of memory, Holocaust representation, social/cultural memory, museum studies, film, and recently Jewish involvement in the communist movement in Poland from a biographical perspective.

With the “Genealogies of Memory” project we facilitate academic exchange between Central and East European scholars of individual and collective memory. Learn more about the project 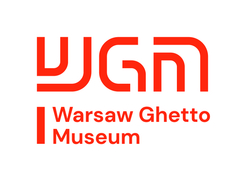