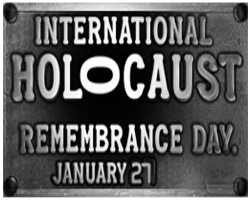 On January 27 the liberation of Auschwitz-Birkenau is commemorated. Auschwitz was the largest Nazi site of annihilation, in which well over one million people were murdered, primarily Jews but also members of other groups in society.

The Holocaust, which manifested itself and took place in Auschwitz and numerous other sites of annihilation, represents a rock bottom point in history. It has come to symbolize the lowest depths of what mankind is capable of doing to one another, the absolute epitome of political and human evil, from which there can only be one consequence, “Never again”.

A generation at the end of the war – the meagre number of survivors of the concentration camps, together with all those who can still remember the Nazi reign of terror and the crimes committed in the name of National Socialism – is becoming steadily smaller. This generation will soon fall silent. And so, it becomes all the more important to keep the memories alive, above and beyond the contemporary witnesses, and to pass them on to the younger generation in many different ways.

With the support of 104 member states across all continents, the General Assembly of the United Nations declared January 27 to be the International Day of Commemoration in memory of the victims of the Holocaust in a resolution on November 1, 2005. Among other things, the UN resolution expressed the hope “that the Holocaust, which resulted in the murder of one third of Jewish people, along with countless members of other minorities, will forever be a warning to all people of the dangers of hatred, bigotry, racism and prejudice”. Numerous countries have introduced a day of remembrance as a solemn reminder of the Holocaust. The mode and content of the commemoration are likely to vary from country to country, indicative of the fact that the experiences of liberation in 1945 were by no means identical across all lands. As a result, commemorations can even appear quite contrary across different nations.

'Between Life and Death' exhibition

The Holocaust claimed the lives of nearly of nearly six million European Jews. Some of the survivors encountered people who helped them. For both those rendering help and those seeking to survive that wa a risky undertaking that could cost one's own life. The aid assumed many forms depending on wartime conditions in a given region of Europe, awareness of the tragic fate of Jews as well as other individual factors.

The exhibition "Between Life and Death. Stories of Rescue during the Holocaust" presents stories of rescue in ten European countries: Croatia, Denmark, France, Germany, Hungary, Lithuania, the Netherlands, Poland, Slovakia and Ukraine. We seek to give a voice to both rescuers and survivors - to let them speak about what they lived through. We draw attention to their endeavours, courage and will to live. Their fates are shown against a broader historical background, indicating the particular circumstances they had to face.

The display had its premiere on the eve of the International Holocaust Remembrance Day at the European Commission headquarters in Brussels in 2018 as a part of the official commemorations.

On 27 January, on the anniversary of the liberation of the Auschwitz-Birkenau German Nazi concentration camp, the International Holocaust Remembrance Day is commemorated. For this occasion, the European Network Remembrance and Solidarity and the House of the Wannsee Conference have prepared a short animated film entitled “Memento”, directed by the Hungarian auteur Zoltán Szilágyi Varga.

[When trying to grapple with the Holocaust] we stand in front of human nature’s distortion without any answer despite all the research we know, the number of victims counted, the exact description of the events. 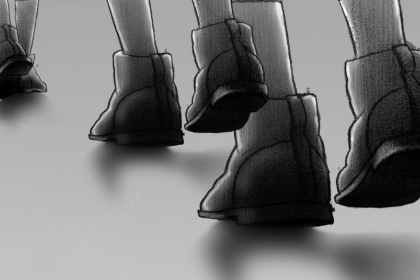 Below you will find links to articles, documents and videos concerning the 27 January as the annual International Day of Commemoration in memory of the victims of the Holocaust. 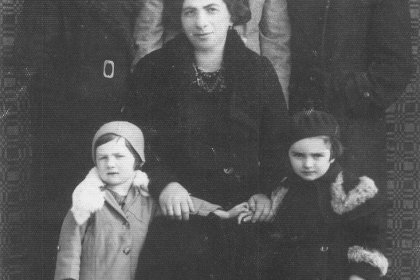 Holocaust and Diaspora Survival: The Next Generations. Past, Present, Future