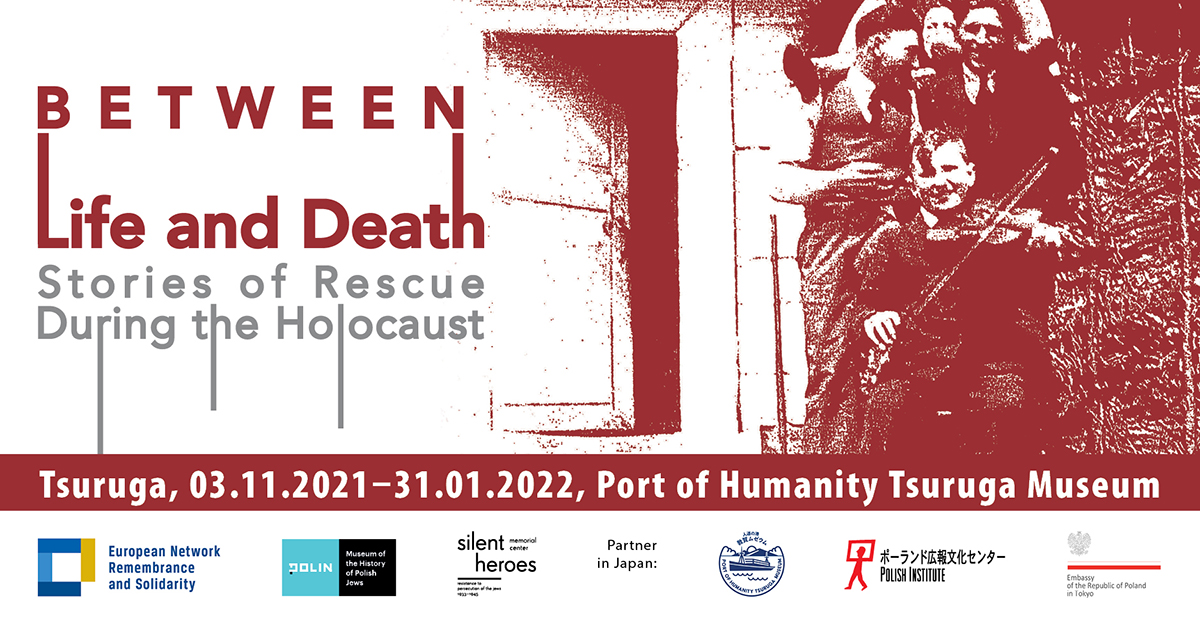 Between Life and Death opening in Tsuruga, Japan

Between Life and Death opening at the Port of Humanity Tsuruga Museum, in Japan

Since 2018 the exhibition “Between Life and Death” has been travelling from country to country, showing stories of rescued and rescuers from the Holocaust. In 2020 Between Life and Death started its tour around Japan, paying tribute to Chiune Sugihara, the Japanese vice-consul in Kaunas, Lithuania. In the six weeks preceding the closure of the Japanese consulate, in September 1940, Sugihara supplied thousands of Jews with transit visas to Japan - despite the fact that his country was an ally of Nazi Germany.

Tsuruga is an international port in central Japan. It provides connections to Vladivostok and the Trans-Siberian Railway, linking Tsuruga not only to Russia, but also the rest of Europe. It is through this route that the holders of Sugihara’s visas could reach Japan between 1940–1941 on their way to safety. The Port of Humanity Tsuruga Museum recalls their journey and the warm welcome they received from the local community.

Our local partners in Japan are: Osaka International Peace Center, Polish Institute in Tokyo and Polish Embassy in Japan. This latest edition was co-financed by the Ministry of Culture and National Heritage of the Republic of Poland as part of the program “Inspiring Culture”.