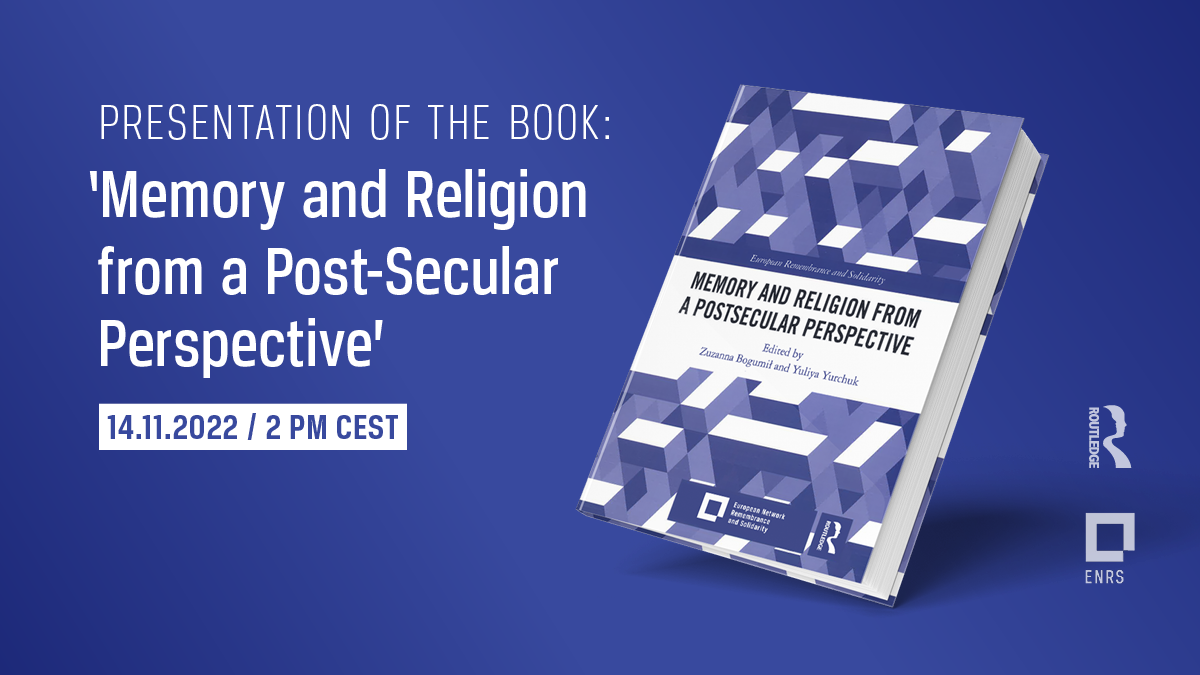 We invite you to take part in an online presentation of a book 'Memory and Religion from a Post-Secular Perspective' - one of three titles included in the book series “European Remembrance and Solidarity” launched in cooperation with Routledge. The meeting with editors and authors of the book will be held online on 14 November 2022 on 2:00 PM - 3:30 PM CET and hosted by Michał Łuczewski - professor at the Institute of Sociology at the University of Warsaw, former Deputy Director of the Center for Thought of John Paul II in Warsaw.

During the meeting we will try to answer the following questions: does religion interact with cultural memory and contemporary historical politics? And if so, how the interactions between the religious and the secular produce new memory forms and content in the heterogenous societies of the present-day world?

More on the book 'Memory and Religion from a Post-Secular Perspective', edited by Yuliya Yurchuk and Zuzanna Bogumił: the editors call for a postsecular turn in memory studies to provide a more reflective and meaningful approach to the constant interplay between the religious and the secular. This opens up new perspectives on the intersection of memory and religion and helps memory scholars become more aware of the religious roots of the language they are using in their studies of memory. The cases analysed demonstrate that religion has a significant impact on cultural memory, family memory, and the contemporary politics of history in secularized societies. At the same time, politics, grassroots movements, and different secular agents and processes have so much influence on the formation of memory by religious actors that even religious, ecclesiastic and confessional memories are affected by the secular.

Join the seminar on Zoom   here

Learn more about the series