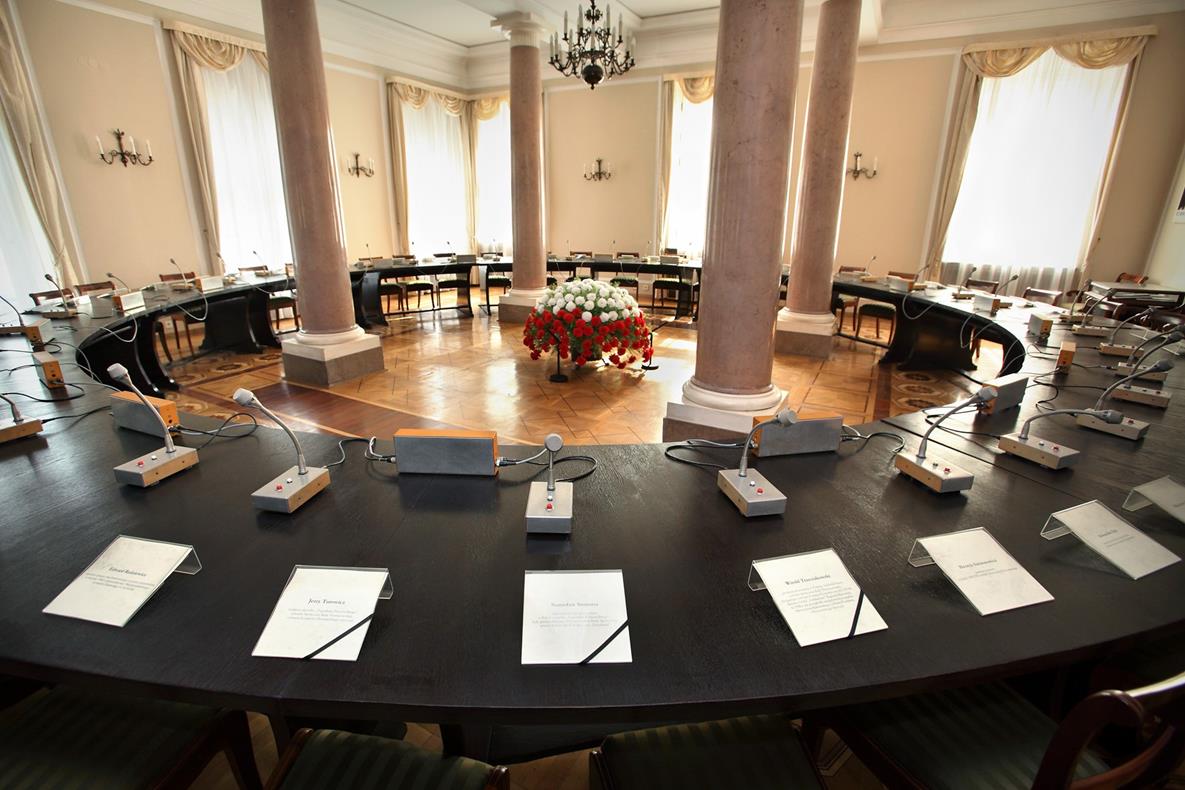 The original table from the Polish Round Table Talks, now on display at the Presidential Palace in Warsaw. Photo: Freedom Express / ENRS

The Polish Round Table Talks started 30 years ago

The original table from the Polish Round Table Talks, now on display at the Presidential Palace in Warsaw. Photo: Freedom Express / ENRS

The Round Table Talks – a series of negotiations between the communist government and the leaders of opposition in Poland – began exactly 30 years ago, on 6 February 1989.

The meetings, which lasted till 5 April 1989, resulted in legalization of the Solidarity movement and the scheduling of the first partially free elections in Poland since the Second World War. They signaled the upcoming developments in other Central and Eastern European countries and paved the way for the fall of the Iron Curtain.

Read more about the Polish Round Table Talks

To mark this occasion, we have the pleasure to invite you for the upcoming international conference “On the downfall of communism. 1989 in Central and Eastern Europe” which will take place in Warsaw on 4 and 5 April – on the 30th anniversary of the conclusion of the Polish Round Table Talks. The event will be first in a series of academic meetings devoted to the legacy of years 1989-91 which will be held in 2019 in different Central European countries.

The meeting is organised by the Ministry of Culture and National Heritage in cooperation with Chancellery of the President of the Republic of Poland, Polish History Museum, ENRS, and National Library. List of speakers will follow.

See more about the event