About In Between? – image and memory

In Between? is an educational project initiated in April 2016. The participants are given an opportunity to conduct research in the European borderland regions using oral history methodology.

This year, due to the COVID-19 pandemic, we invite young people interested in visual arts and memory studies to take part in a slightly different version of In Between?, which does not require traveling across Europe and live meetings, yet can still ensure a vivid dialogue between participants. 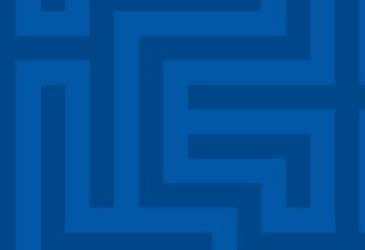 Results for In Between? - image and memory photography competition are in 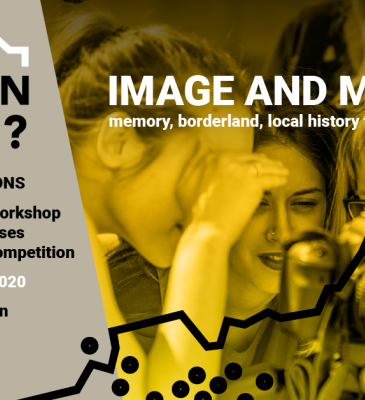 Application for the 'In Between? – image and memory' open again!

Interested candidates are welcome to send their application via e-mail to recruitment@enrs.eu by 14 October.

The application should include:

• artistic biography explanation of their idea for the future work inspired by the subject of memory and borders as well as a description of their previous academic-artistic activity (max. 1000 characters with spaces);

• description of the candidates motivation to take part in the project (max. 1000 characters with spaces);

Before submitting your application, please read the ‘Rules’ carefully (link below). ‘The Rules’ include all the detailed conditions and requirements.

Read the Rules of application Watch this year's edition teaser

Europe and the rest of the world has found themselves in 2020 in special circumstances. When the pandemic, its manifestations and consequences have become the reference point for academic reflection and artistic activity, a number of terms can be rethought. When state administrative borders are restored and people cannot travel abroad, we would like to encourage young people to find traces of memory in their immediate neighbourhood, their own towns or own districts. What testimonies of unique local history may that new perspective reveal? Let us show that memory culture can still be a platform of cross-border dialogue between contemporariness and the past.

This year's formula assumes that after qualification, the group of participants will be offered two webinars with Katarzyna Sagatowska – a Polish photographer, lecturer, organiser of art events and artistic curator of our project. Participants will be invited to obligatorily participate in two webinars on 23 and 26 October, first one introducing participants to each other and presenting the idea and rules of the project, the second one as a lecture on artists dealing with photography as a medium to cover topics of history and memory in the 20 century. After the webinar participants will be offered individual on-line meetings with the project’s curator scheduled individually throughout the time of project delivery. 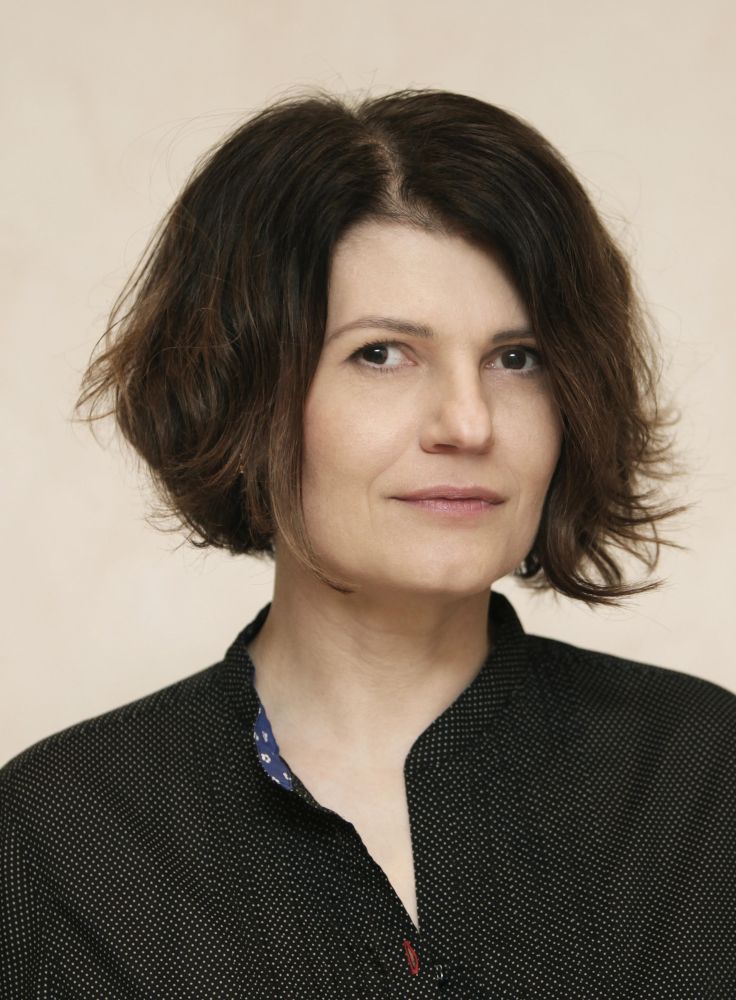 Polish curator, photographer, lecturer and organiser of art events, as well as promoter of collecting photography in Poland. She graduated from the Institute of Creative Photography at the Silesian University in Opava, Czech Republic (where she is currently doing a PhD) and Warsaw Technical University.
Interested in the topic of interrelation between photography and memory – currently she is working with Max Houghton and Kateryna Radchenko on a Polish-British-Ukrainian exhibition devoted to this subject in the context of historical memory.
Co-author and -coordinator of the We Are All Photographers (Wszyscy Jesteśmy Fotografami) series – an accessible and friendly guide to the world of contemporary photography, including thematic meetings, film screenings and workshops for children.
Scholar of the Ministry of Culture and National Heritage and the City of Warsaw. Jury member in such contests as Young Creative Chevrolet, BZ WBK Press Foto, ShowOFF of Krakow Photomonth and Photographic Publication of the Year (Fotograficzna Publikacja Roku). Author of solo exhibitions and participant in numerous group exhibitions in Poland and abroad.
Founder and owner of JEDNOSTKA – gallery and publishing house. Photo: Adam Kuchna

About the photography competition

Within two weeks after the webinar, no later than on 8 November, the project organisers will expect to receive from all the participants their original works, which will be subject to evaluation by an international Jury.

Jury members of the photography competition:

The Jury comprised of researchers dealing with politics of memory and artists practising photography shall select the competition's laureates, the number of the latter determined at the discretion of the former, as well as cash prizes given in the form of prepaid vouchers for photo equipment, up to the total amount of 1500 Euro.

The winning works will be presented on the website and social media channels of the ENRS and its institutional partners.

In our Call for Applications concerning the workshop and photography competition In Between? – image and memory, we put the following context and question to the candidates:

When state administrative borders are restored and people cannot travel abroad, we would like to encourage young artists to find traces of memory in their immediate neighbourhood, their own towns and districts. What testimonies of unique local history may that new perspective reveal?

From the author’s introduction to her artwork:

The Anglo-Scottish border has been present in its current form, or thereabouts, since the 11th century, which makes it one of Europe’s oldest steady land borders. (…)
At the start of my project, I analysed views of the borderlands by gathering railway posters of the area from the 1910s–1950s.(…)
The landscape is shaped by the border in these subtle ways, nodding to its history as an independent, lawless region, rather than by the grand border structures imagined in railway posters of the last century. I hope to have shown that the Borders are very much an entity to themselves: they are foreign to English and Scottish outsiders alike.

Find out more and see the artwork here


Absence of the Presence

From the description by the author:

A commentary work on the historical ignorance of the modern resident of Thessaloniki (a city in northern Greece).
Before the Second World War, the city was characterised as ‘Jerusalem of the Balkans’ due to the fact that around 35% of its population was Jewish. (…)
Today, one can hardly find traces of the old Jewish community, since they have been destroyed or obliterated by the passage of time.
As a result, do the city’s contemporary residents acknowledge that history or has that community had no impact on local history, as if it had never existed? 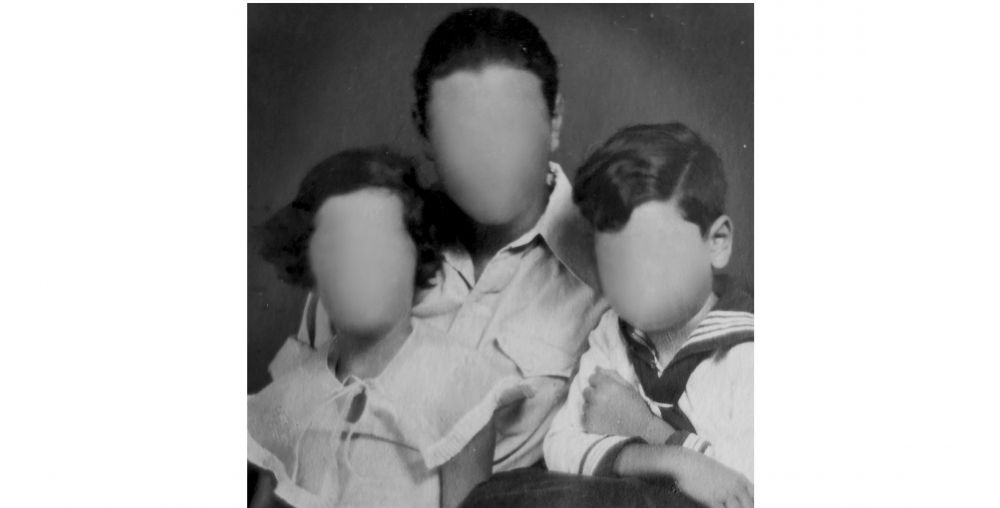 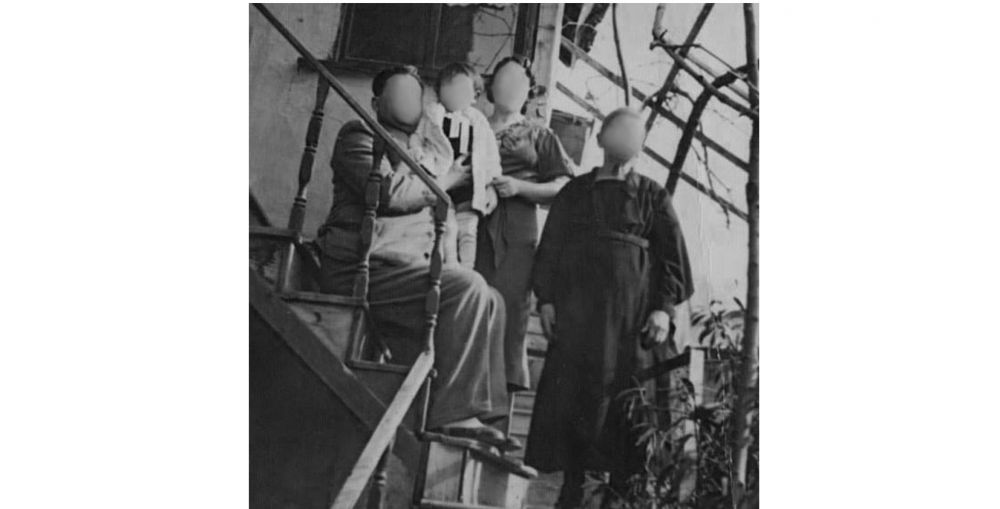 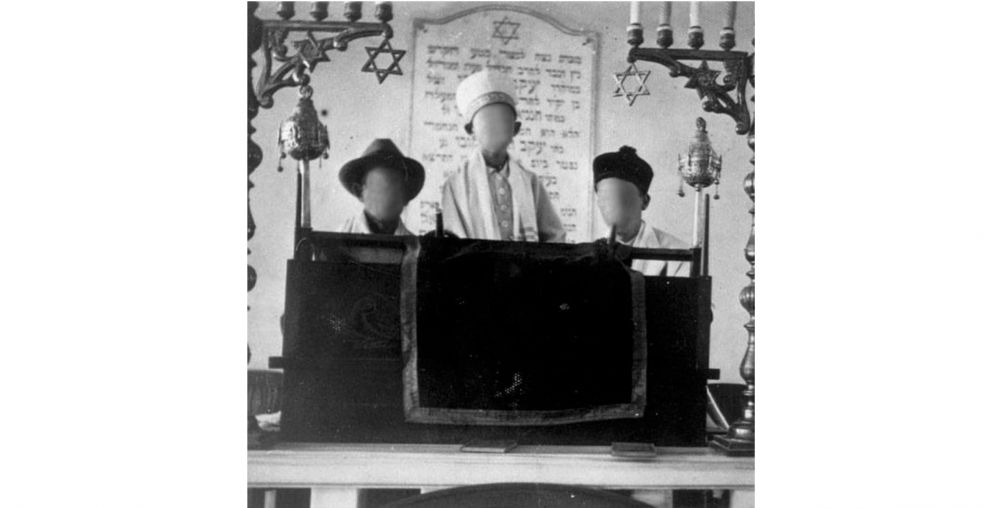 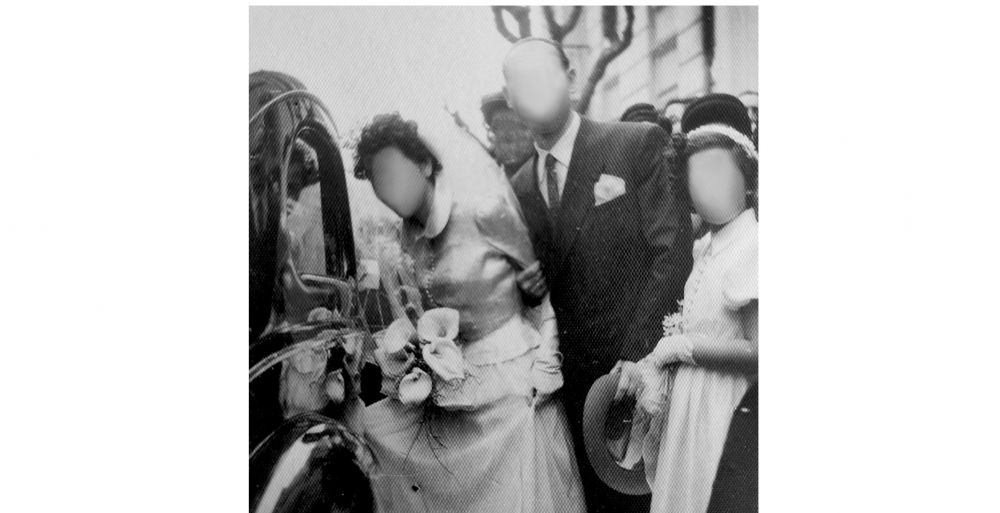 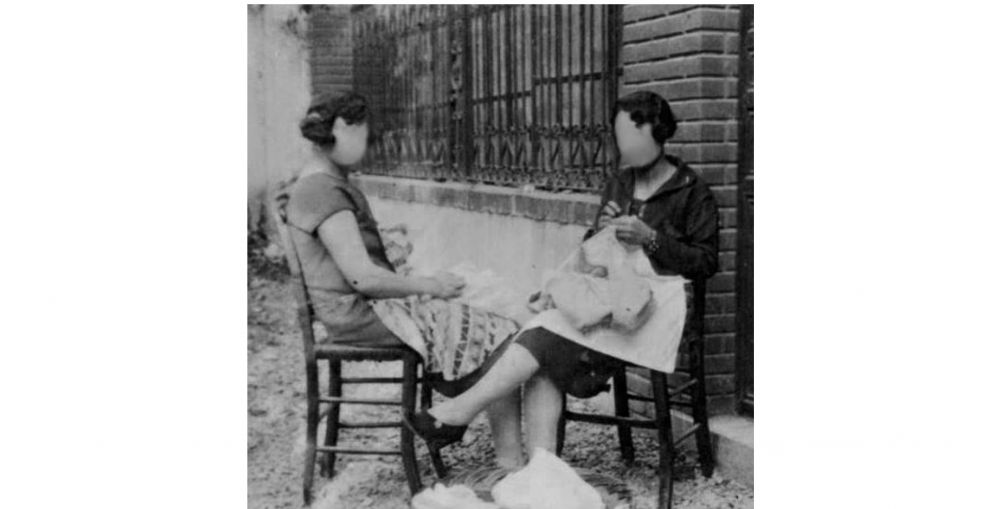 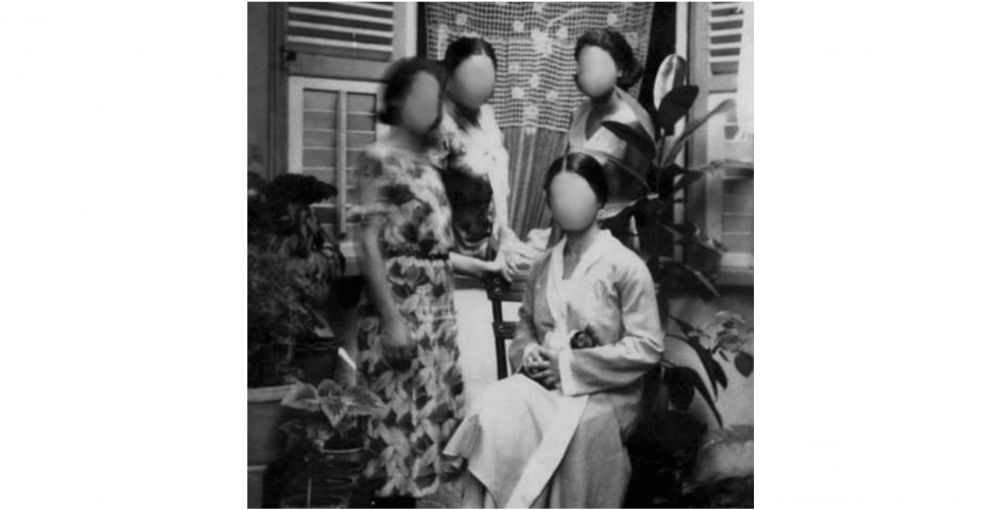 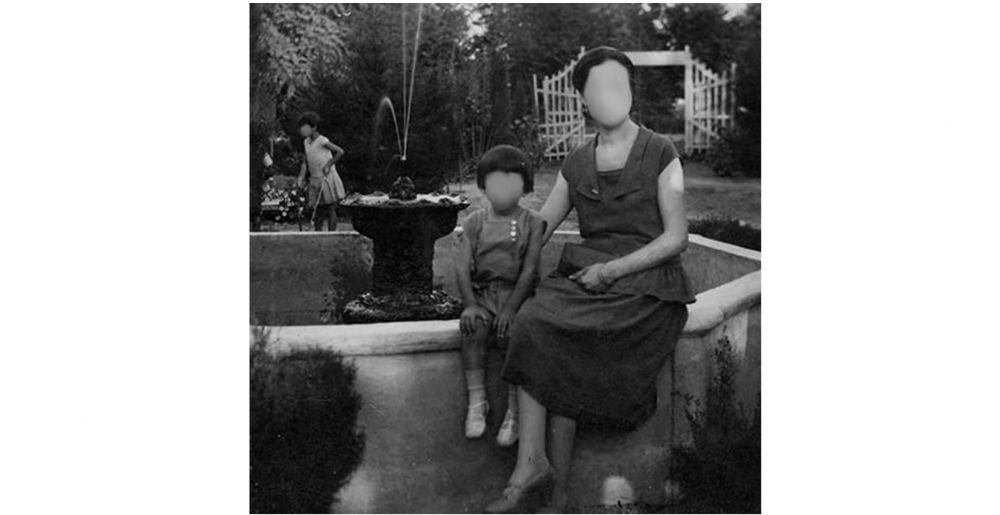 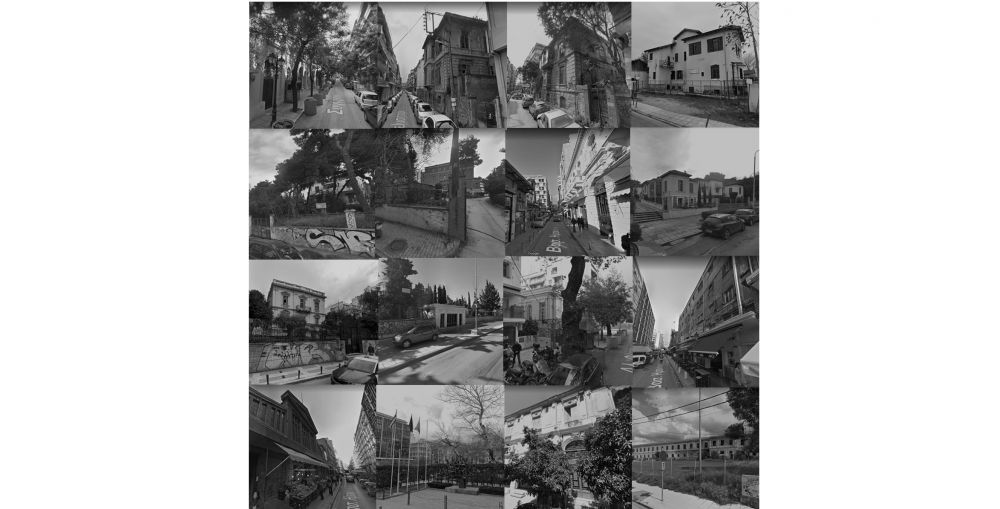 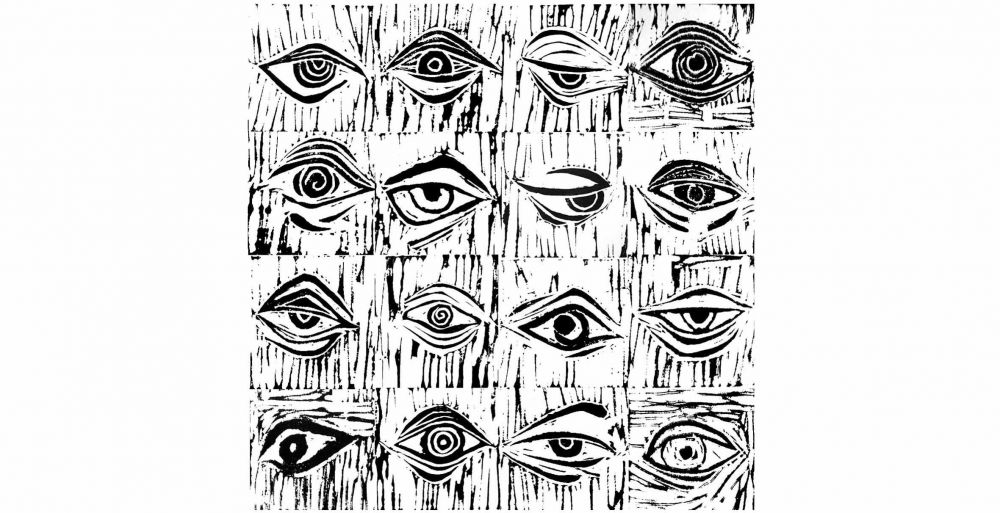 I hope you will be fine (t)here

This artwork is about an impossible trip to the funeral of the author’s father and another trip through Estonia to commemorate him by planting a hazelnut tree.

From the description by the author:

On 21 August 2020 at 13:00 (EEST), I arrived in Kuressaare on the Estonian island of Saaremaa.
At 13:33 (EEST), I received a phone call from my mother saying: ‘Something terrible has happened. Father has died.’
At 15:40 (EEST), I got on a bus to go back to Viljandi.
At the same time, I was calling the Ukrainian Embassy trying to figure out how and when I could go back to Kyiv amidst the pandemic. There was no guarantee I could return to Estonia again if I left. With all the flights cancelled and new regulations in place, it would have taken me at least four days from that time on to reach Ukraine.
I took part in my father’s funeral on the phone. (…)


Find out more and see the artwork here

This work is about climate change and perspectives for human life in the Gdańsk-Sopot-Gdynia area on the Baltic coast.
From the description by the author:

(...) Our children and grandchildren will not grow up in the same environment. It is common knowledge that our world is constantly changing, however this time faster than ever before – we are heading towards the destruction of humankind as we know it.
Following this thought, I have gone through my family albums, thinking about the impending catastrophe. (…)

Find out more and see the artwork here

The project is organised by: