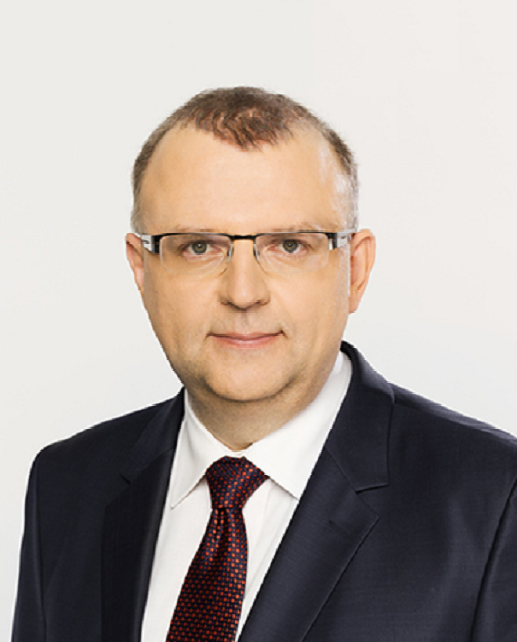 Kazimierz Michał Ujazdowski is a university professor and a politician, serving as a member of the European Parliament (MEP). He holds a PhD and a habilitation in law from the University of Łódź. In his academic work he focuses on the 20th-century Polish political thought and the constitutional issues. He is author of Geneza i tożsamość Konstytucji V Republiki Francuskiej (Genesis and identity of the Constitution of the Fifth Republic of France) (OMP 2013), among others. He comes from a family with a long tradition in politics. Ujazdowski has taken an active role in public life from the early 1980s. He was arrested in 1982 and sentenced for distributing leaflets opposing Martial Law. During his studies at the Law Faculty in Łódź, Ujazdowski joined the opposition movement Young Poland (Ruch Młodej Polski). He also edited a magazine Prześwit (Clearance), which was published and distributed secretly in the former Soviet Union. He was a MP in the I, III, IV, V, VI and VII parliamentary terms. Between 2004 and 2005 Ujazdowski held the post of deputy speaker of the Sejm (Parliament). He was also the minister of culture and national heritage twice (2000–2001 and 2005–7). While holding this office, he restored state responsibility for conservation, collaborated on modern historical policy and established the Polish History Museum and the Remembrance and Future Institute in Wrocław. He is an active member of the Committee on Constitutional Affairs of the European Parliament. Recently, he actively advocates the independence of the Constitutional Tribunal and the judiciary.

Ujazdowski is a member of the ENRS Advisory Board.